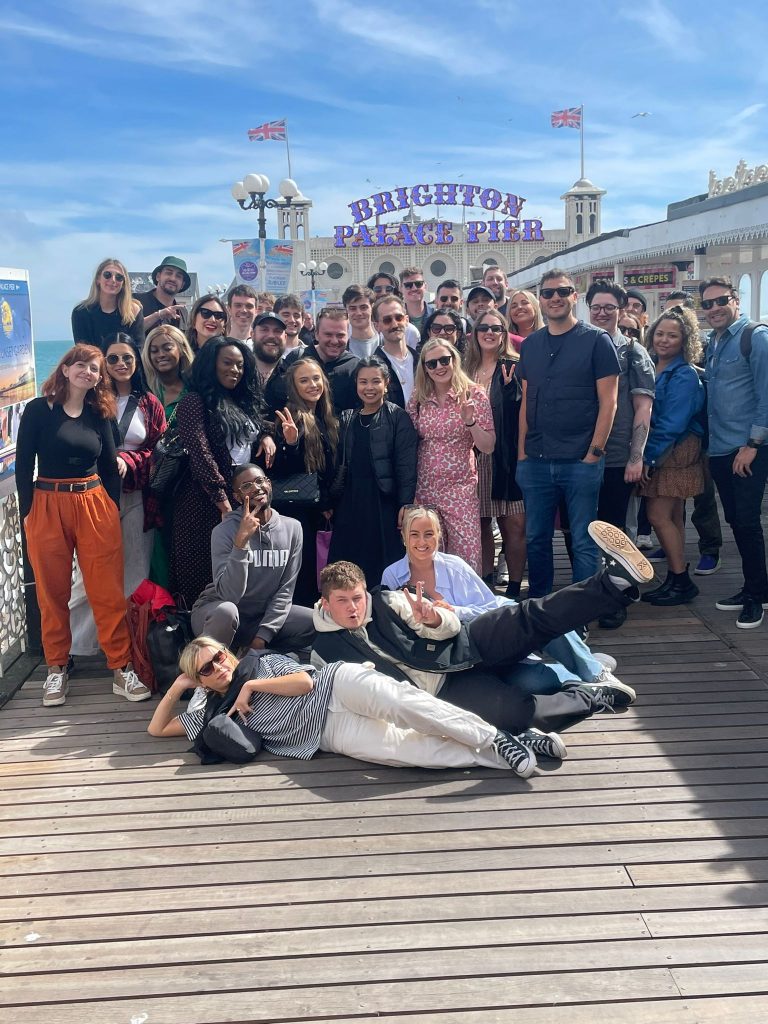 Coolr is a new breed of digital agency, bringing together big agency thinking with the speed and agility of a social publishing platform. Founded in 2017 by Adam Clyne, formerly EMEA Digital Chief at Weber Shandwick and Chief Operating Officer at LADbible, Coolr is on a mission to reinvent water cooler moments for the digital age.

We’re a team of 40 + strategists, developers, creators and dreamers from backgrounds spanning publishing, comms, content and tech. What connects us is that we all live and breathe digital. Some of the team are social media influencers in their own right. Culturally, you’ll find us at the digital edge of GIFs, memes and trending topics.

We hired 17 new faces over the last year – an increase in headcount of 85% –  including Joe Goulcher as a Senior Creative, having previously worked at Rise at Seven, Saatchi & Saatchi and as head of content at Moonpig.com; Mark Shpungin as a Strategist, joining from That Lot; Ben Jones, who joined from LADbible Group to head up Coolr Studios – a social first production arm; and social media influencer Jay Beech joined as Creative Producer.

2021 saw us move into new offices in the heart of Soho and while we love being back in the office for in-person ideation and creation, we have fully embraced a hybrid working model, allowing people to split their time between the office and home.

We introduced a range of new initiatives specifically to support people’s wellness – mind, body and soul:

●      Wellbeing Days (take a day off and spend a £50 voucher on whatever wellbeing means to you);

We also put in place a mix of financial incentives (Bike2Work Scheme; Techscheme and Travel Scheme) and fun initiatives, including an extra paid day off to celebrate your birthday in style, and weekly drinks.

To launch Pepsi’s new global Hero Fizz campaign, we created a series of social films to bring the sounds of Pepsi to life:

On the day that pubs and hairdressers re-opened in England after four months of lockdown, Heineken offered free haircuts in pub gardens across the nation. We installed mobile hairdressing units in pub gardens in London and the West Midlands, meaning that people didn’t have to choose between a refreshing pint or a much-needed trim.

Walkers Prawn Cocktail Wotsits were finally heading back to supermarket shelves! Fans of the legendary long-lost snack had been calling for its comeback since 2002 and, 20 years after they were last seen in stores, they were making a comeback.

But not just any comeback. A supersized comeback in the shape of Prawn Cocktail Wotsits Giants, twice the size of the originals. We needed an equally supersized campaign to build excitement in the week leading up to launch.

Twitter’s new live audio conversations functionality, Spaces, took off in spectacular fashion on November 22nd last year when Jacob McLaughlin, an 18-year-old from Manchester, hosted a viral karaoke competition, Sing Your Dialect, from his bedroom. It broke the internet, with the link going viral and becoming one of the most talked about nights in Twitter’s history.

We decided the audience was a natural fit for Deliveroo. We quickly pitched our idea to the client and swiftly received sign off, including £250 credit to give away. We were off!

We quickly switched our focus to Twitter to keep the conversation going and ended up as a trending topic!

And of course… Large Content Marketing Agency of the Year!

Adam Clyne, CEO & Founder said: “We are delighted to be nominated for the prestigious content awards. Content is the rocket fuel behind social media and we have invested significantly in our content, creator and influencer capabilities over the last 18 months”.

« Return to the blog posts listing